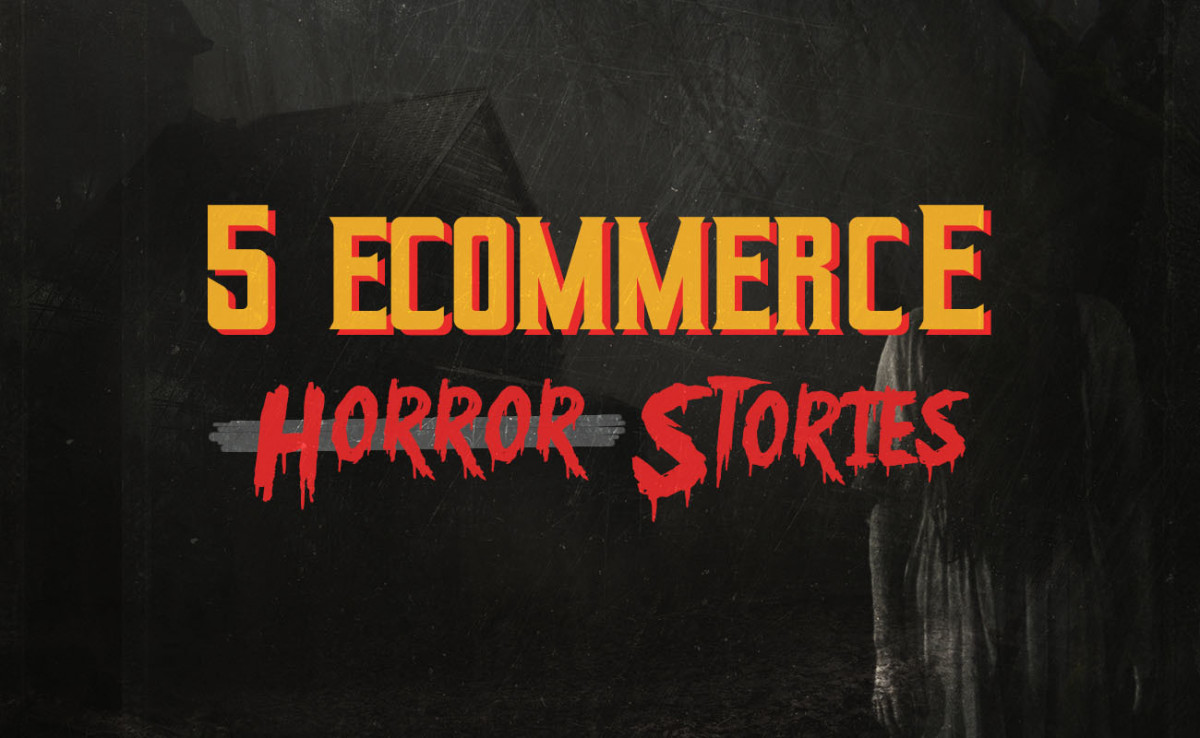 A lot of merchants come to Miva with some pretty scary stories about their previous eCommerce experiences. We hear about everything from constant site breakages and buggy code to cyberattacks and downtime during peak hours. So, just for fun, we’ve put together some of our own stories to share with you this Halloween.

Be warned…every one of these stories is based on true events. Out of respect for the victims, all names have been changed.

It was a day like any other for Will the Webmaster. Get to the office, grab a cup of coffee, sit down, run some reports. A day like any other…until, that is, they came. Will found the first one sometime around 9am. He squashed it easily, but within seconds there were a dozen more.

“Something the matter, Will?” Jim from Accounting asked, poking his head into Will’s office, “You’re looking kinda…”

“It’s BUGS!” Will screamed, furiously troubleshooting in their general direction.

Jim cursed. Will began to sob into his keyboard. Even if they survived this onslaught, the bugs would come again the next time they wanted to add a new feature. Their only hope was to adopt an eCommerce platform that could handle their site. Until then, the bugs would never stop coming.

When Open Source is a Bit Too Open

Restaurant supplier Chop & Mop Shop thought their open source eCommerce software was great…plenty of flexibility, lots of potential for growth. They couldn’t see any possible downsides to using a platform that is regularly targeted by cybercriminals due to its many vulnerabilities.

And they were right, for a time. Everything was all sunshine and daisies…until the day a malicious code injection skimmed their customers’ credit cards.

Chop & Mop Shop hurried to fix the breach and tried to make amends, but the damage was done. Nobody wanted to shop at the site that had failed to protect their data.

Their once-loyal customers turned to their rival, Buy-and-Fry Restaurant Supply, who had chosen a more secure eCommerce platform. Chop & Mop was left with a fraction of the customers they’d once had, a compromised store, and a reputation that would taint their brand for years to come.

Blood on the Screen

Sam loved to shop online. He relished the joy of scrolling through pages and pages of items, delighted in online-only specials, and lived for the thrill of applying a promo code during checkout.

One day, while shopping on his mobile device, Sam stumbled upon a new online store. Something about it chilled him to the core. This store was unlike anything he’d ever seen. This store was…unresponsive.

Sam pinched the screen, desperately trying to see something, anything. But, try as he might, Sam just couldn’t zoom in enough to view a single item.

Something told him to close the tab and move on, but Sam could not turn away. He had seen the heart of bad site design and was no longer the carefree browser he had once been. His fingers scrambled against the screen, but still not a single product could be found.

When they found Sam, his fingers were still twitching, trying desperately to unlock the secrets of that cursed site.

Some say that if you zoom in far enough on an unresponsive site, you can see Sam’s squinting reflection in your screen, screaming at you to leave while you still can.

Hipster Harold’s Artisan Jerky Shop did a lot of business through eBay. They thought they were safe choosing ProStores, eBay’s eCommerce platform, to launch their online store. They were wrong.

When eBay announced ProStores’ imminent demise in the summer of 2014, Hipster Harold’s Artisan Jerky Shop was faced with a decision. Either migrate to a platform that was far too large and expensive for their needs or resign themselves to a cookie-cutter solution that limited their site’s functionality.

Faced with an impossible choice, the jerky jockeys at Hipster Harold’s began to panic. What would become of their online-only venture? If only there was an eCommerce platform with the ease of SaaS and the extensive functionality of open-source software. If only.

Once upon a time, a young web developer was browsing the web when a mysterious stranger appeared in the sidebar.

“That’s absurd!” The mysterious stranger laughed. “Plenty of people have used this plugin to great success! It will bring you the exact functionality you’ve been wishing for!”

“I have been wanting some pretty specific functionality,” the web developer conceded, “Alright then, I’ll take it!”

Three weeks later, when her eCommerce platform released a new update, the web developer realized she’d made a horrible mistake. The plugin was now outdated, unsupported, and breaking everything in sight…and on-site.

She scrambled to remove the plugin, but it was too late. Sales had been missed, orders dropped, customers scared off…the cursed plugin had claimed its latest victim.

The End
When things go wrong with your eCommerce store, there are lots of reasons to scream. But the integrity of your eCommerce platform shouldn’t be what’s keeping you up at night this Halloween.

It’s time to take off the hockey mask, leave the haunted house, and just say no to insufficient platforms. Give your eCommerce horror story a happy ending with a platform that actually does what you need it to.

Ready to escape your eCommerce nightmare?