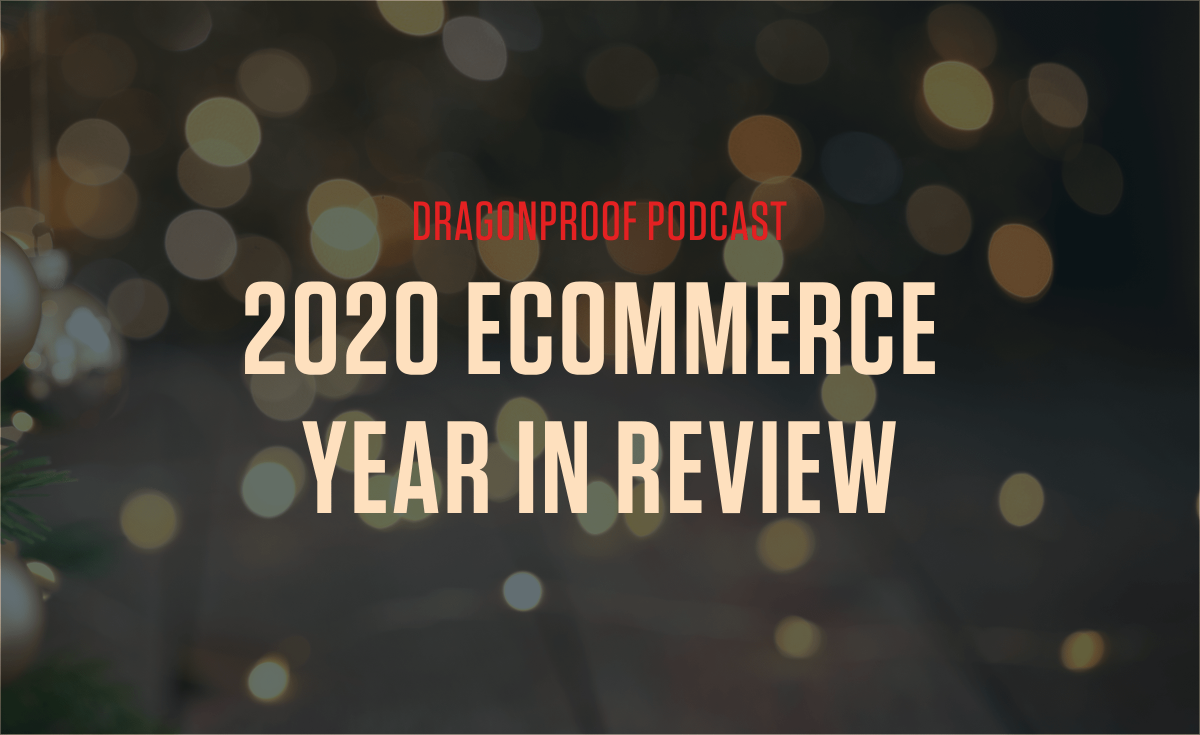 Part 1 of Rick Wilson’s recap of a most unusual year – now streaming.

At the beginning of 2020, Miva CEO Rick Wilson set out to record a dozen podcast episodes about the challenges of running an ecommerce business in the shadow of a dragon. At that time, a “dragon” referred primarily to Amazon and other retail monopolies. After 20 years of development, the fate of independent ecommerce was still dependent upon whether it could co-exist with the mega-marketplace.

By December—28 episodes later—Rick and his guests had addressed the many serious and unpredictable challenges of 2020 as they unfolded in real time.

The devastating impacts of 2020 upon our collective health and economy will be studied for years to come, but one of the more positive stories of this year has been the solidification of ecommerce as a primary driver of American business. The ecommerce category, led by large retail brands, saw remarkable gains across the board, and also contributed significantly to non-traditionally online segments like homes and automotive.

On the latest Dragonproof Podcast, “2020 Ecommerce Year In Review Part 1,” Rick explores the major themes which have shaped ecommerce businesses across the entire year.

“Uncertainty” is perhaps the keyword of the year. As far back as March, podcast co-host Rich Otey and Rick grappled with the uncomfortable reality that fundamental uncertainty is always a part of running a business. Sellers across the spectrum were unsure if conditions would last a few weeks or a few months or more.

It became clear quickly that selling would be impacted by sourcing and distribution issues that went beyond the zip code of the home office. In April, guest Kyle Tortora of Lotus Sculpture addressed the hurdles and strengths of running a global business fueled by artisans facing a variety of uncertain local conditions. It was also becoming obvious that ecommerce sales might be a critical driver which helped support people in all parts of the globe.

Many business owners saw their role expand beyond sales to valuable community support. When Maya Jewelry owner Corey Lolley visited the pod, she shared how re-investing in the community was the most powerful approach for any brand at the time.

As we moved through the second quarter and to the summer, “adaptability” emerged as the next key theme. Perhaps the greatest example of adaptation this year was the collective move by many businesses to a remote work model. Miva’s VP of Human Resources Jen Hardman joined Rick in May to discuss the journey of taking the company to an entirely new remote-work structure, emblematic of a trend happening across the world. Supporting home workers, especially those who also became suddenly responsible for all-day childcare and home schooling, continues to be a critical function in keeping ecommerce operations running strong.

Even indie sellers on the Amazon platform had to embrace adaptability to rapidly changing conditions. FeedbackWhiz/AccrueMe’s Robby Stanley shared how many DIY or “side hustle” Amazon businesses were shifting on the fly into more substantial operations, as nationwide unemployment forced individuals to get creative, and fast.

“There’s a resurgence of new sellers,” Robby reports, “and that’s going to continue for a while.”

By June, frequent podcast contributor and fan favorite John Lawson joined the show to discuss one of the other enormous stories of the year, the massive social justice protests which swept the world throughout the summer, and how they were affecting sellers. Solidifying a point long-argued by content marketers, 2020 has demonstrated that how a brand speaks to its audience and the values it represents are utterly intertwined with how it sells.

As the remaining days of 2020 count down, we still face many considerable unknowns. But one thing is certain: ecommerce has graduated from decades of development to become a critical lifeline for workers and consumers across geography and situations. It will no doubt continue to grow as a key pillar of modern economic life.

Listen to the new episode of the Dragonproof Podcast here.

Rick Wilson will continue to explore the journey of ecommerce over the second half of 2020 in Part 2 of this series, coming next week.

Work Together: A collection of industry updates, insights, and resources designed to help independent sellers scale and support our community during the coronavirus pandemic.