How To Use Similar Audiences In Google Ads 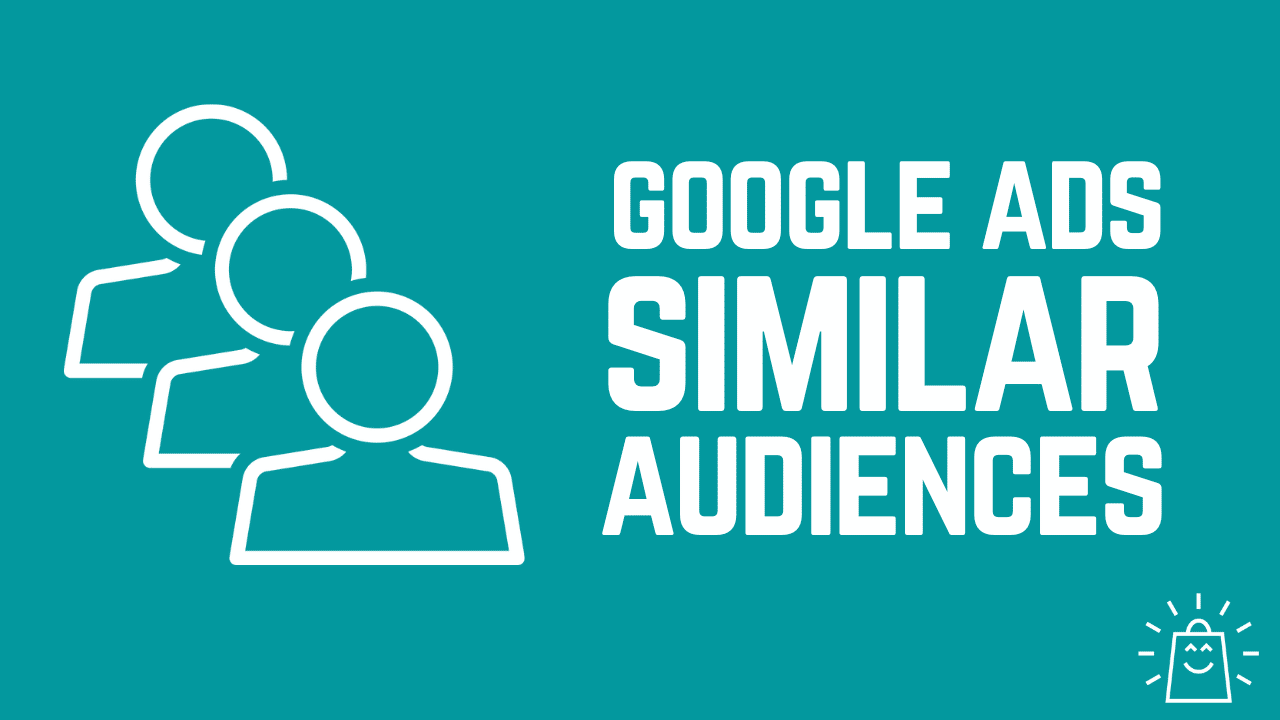 The hardest part of running Display or YouTube campaigns is the targeting.

You’re trying to find a balance between reaching a wide audience, while still targeting people that find your offer valuable.

Similar audience segments in Google Ads allow you to bridge that gap because they mirror the reach of cold audiences while providing accuracy typical for remarketing audiences.

In this article, we’ll dive deeper into what similar audiences are, and how to leverage them in all your Google Ads campaigns.

Let’s dive straight into it.

What Are Similar Audiences in Google Ads?

Similar audience segments are a targeting option in Google Ads that allows you to target users that look similar to your remarketing audiences or customer lists.

The audience is “similar” in the sense that these are users who share interests, demographics, and other characteristics with those people that are part of the initial list.

But it’s important to say that this type of Google Ads audience has never interacted with your brand, they just have a lot in common with the people that are on your lists.

Similar audiences are automatically created from users in remarketing or customer lists. These users are the baseline audience (also called: root, seed, or source audience), and their online behavior and interests are the blueprint for finding similar audience segment members.

The logic behind this is quite simple: if your customer is interested in X, those who are also interested in X might be a good fit for your business.

Similar Audiences vs. Audiences Created With Your Data

Similar Audience segments allow you to target users who resemble the users in audience lists created with your data. The source audiences are either customer match lists or any of your remarketing audiences.

Because they are derived from other lists, it’s obvious that the quality will be lower. Still, people on these lists often are more motivated to buy than your average new visitor.

The concept of a “similar” customer was first introduced by Facebook back in 2013 (while Google followed suit in 2017).

In a way, Google tries to keep up with what social media networks (LinkedIn as well) offer to marketers in regard to targeting similar audiences with ad campaigns. So, they’ve probably applied some of Facebook’s lessons on lookalike audiences to the social network under their hat (YouTube).

That being said, there are also a number of differences between Google Ads Similar Audiences and Facebook Lookalike Audiences.

Let’s check them out.

Despite these differences, you can say that Similar Audiences are Lookalike Audiences for the Google Display Network (+YouTube and Gmail).

Similar Audiences Are the Future of Marketing

It seems like the future of marketing is in predicting the future behavior of users based on data. Machine learning algorithms (like those used by Facebook) create predictive lead scoring models which are used by an ever-growing number of businesses. This all boils down to predicting whether a user will take action (and come to a purchasing decision) or not.

No matter how elaborate the data in your client relationship management system is, Google has more data on your customers than you have. You just need to feed it user data from your baseline audience (the input – sourced from a remarketing list), and on the other end, you get a Similar Audience.

Let’s look at the specific options available in Google Ads.

What Similar Audiences Are Available in Google Ads?

To see which similar segments are available in your Google Ads account, visit the Audience Manager.

If you go to Tools & Settings > Audience Manager

The number of available audiences here will 100% depend on which remarketing audiences and customer lists you have in your account.

The source for Similar audience segments can vary:

How Does Google Identify Similar Audiences?

Google isn’t 100% open about how this feature work, but we can speculate as to which data they’re using.

Usually, the data on browsing behavior as it pertains to Similar Audiences is based on the last 30 days. That also means that your audiences continue to evolve over time.

There are two cases in which user data will not be used to create Similar Audiences: when putting a user in a Similar audience violates Google’s personal advertising policies and if the user has disabled personalized ads. Let’s examine both exceptions.

Google doesn’t use sensitive personal data to create Similar audience segments because this is against the company’s Personal Advertising Policies. The list of sensitive topics is long, but in essence, you can’t target users based on race, sexual orientation, religion, health, etc.

Members of a Similar audience share a lot of characteristics and interests but none of the sensitive data mentioned above.

The Blind Spot of Similar Audiences

Users can opt-out of personalized ads. This is done by modifying the ad settings for their Google account, and that stops Google from including the individual user in a Similar audience.

At the moment, this is of no great concern to marketers, but keep it in mind because as privacy concerns grow, along with new laws and regulations, it might affect the reach of Google lookalike audiences in the future.

Also, the number of Internet users with ad blockers grows each year, and this shows that more and more people are willing to opt out of seeing ads if presented with such a choice.

How To Create a Similar Audience in Google Ads

Technically, you don’t create Similar audiences – Google generates one for you automatically.

All you have to do is provide a remarketing list in your Google Ads or Google Analytics account, and similar audiences are provided automatically for each audience in “your data.”

If a user is already covered by your remarketing lists, they will be automatically excluded from Similar Lists, and there’ll be no overlap.

How To Use Similar Audiences

Similar Audiences are available for all campaign types in Google Ads, so they can be used to target users in a variety of ways.

To add them to your campaign, head over to the Audiences section of your Google Ads account.

The general advice is to set a Similar Audience to Observation mode at the beginning of a campaign. Take some time to see how they perform, and then you can make bid adjustments or take other actions.

Double Down On Your Best Performing Audience Segments

If you find certain audiences that do well, double down on them.

If an audience similar to your converters does well, increase the bid adjustment.

You can also dig in further and create more niched-down audiences.

How about a similar audience based on your top 10% of customers with the highest LTV? If you have enough people on your lists, these niche audiences.

Or leverage all the customers that have ordered more than once.

Keep an Eye on The Metrics

Similar audiences don’t perform as well as remarketing audiences. That’s why it’s always important to monitor the results and the impact of any bid adjustments that you make.

As always, layering audience segments is a good idea. Similar audiences can be layered together with In-Market or Affinity segments.

Also, if you are running Display Ads you can further refine them with keywords. Test different segments and check how they perform.

Prospecting and the Quality of the Baseline Audience

Let’s reiterate: your Similar Audiences are only as good as the source audience that was used to create them. So, if you have a small customer list or if your remarketing audience is defined by many variables, you will target a small group of dedicated potential customers.

For example, you can create a segment of customers who’ve made multiple purchases or spent a lot of money. The Similar audience for this remarketing list (customer list) will allow you to target people who are likely to do the same.

As mentioned earlier in the article, Google has announced they will kill off Similar Audiences.

Here is the timeline for that:

The main alternatives to similar audiences are to use Optimized targeting and Targeting Expansion.

It’s important to also know that Google is leveraging your Customer Match lists if you’re using any Smart Bidding strategies.

There are many benefits to using Similar Audiences in a Google Ads campaign. For starters, it’s data that’s available to you for free, which is great in and of itself. It allows you to find users similar to those on your remarketing lists without the drawbacks of remarketing campaigns (i.e., limited reach).

The only requirement is to add a remarketing audience (or a customer list) that’s sufficiently large. Then Google will create a Similar Audience based on the characteristics of those users.