WeWork and the Challenges of the “Visionary” Entrepreneur 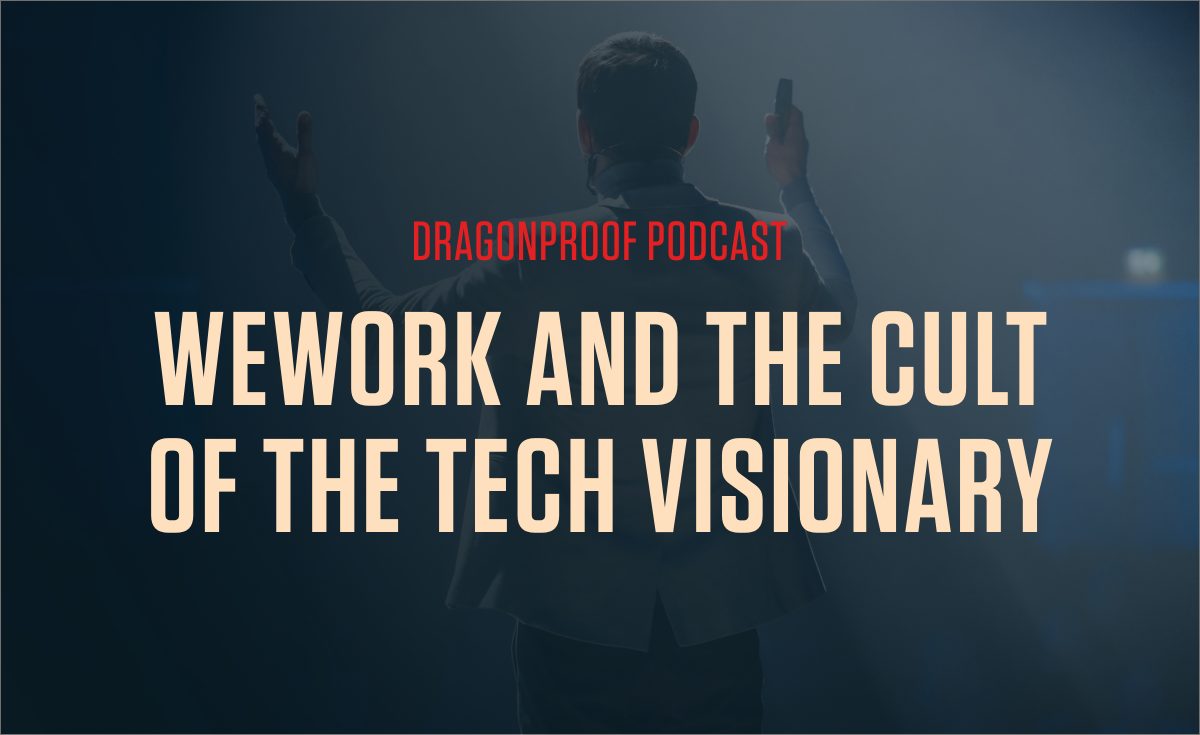 A new documentary poses crucial questions for all business leaders

Once a decade or so, a business comes along that seems to have a bigger dream than anything we’ve seen before. These “change the world” brand visions are typically driven by a charismatic leader, who cultivates a fanatical workforce and attracts big investment. While most businesses will never face the performance pressure of a 47 billion dollar valuation, all entrepreneurs must grapple with the moral challenge of how and why they want to run their businesses.

As described in the new documentary, “WeWork: Or The Making & Breaking Of A $47 Billion Unicorn” by director Jed Rothstein, former WeWork CEO Adam Neumann indeed had a prescient vision, but his egomaniacal leadership style was doomed to fail.

Neumann’s rise and fall is curiously similar to other high profile stories of larger-than-life entrepreneurs whose oversized egos blinded workers and investors to claims of outright fraud. Streaming fans are devouring riches-to-rags docs about business visionaries who lose their moral compass, such as the central figures of the Theranos and even Fyre Festival scandals. More than just titillating entertainment, these sagas give us a great gut-check on where our priorities lie.

I became an entrepreneur in part because of the influence of my father’s work. He was born during the Great Depression in a barn in Oklahoma, and he moved to Southern California in the fifties to build a business. As he gained success, he truly was living the American dream. When I was a young man just entering work life, I naturally wanted to experience that success. The mere sight of the new class of tech icons, such as on the famous “Golden Geeks” Time Magazine cover featuring then-Netscape guru Marc Andreessen, instilled a hunger not just to succeed, but to be powerful, wealthy, and one of the titans of our world.

Looking at these iconic figures, it was easy to assume that money and power eliminated most problems and responsibilities, so I dove into my career headfirst with that simple aim. It wasn’t until many years later that my experiences caused me to reevaluate what we can now generously describe as “youthful misconceptions,” or probably more accurately my ego gone out of control.

WeWork was born out of the financial crisis of 2008, not too long after I had re-purchased Miva and begun rebuilding it. At that time, there was a glut of commercial real estate in New York City. Enter Adam Neumann, a very charismatic young entrepreneur who had the breakthrough idea to lease office space at a discount (leveraging the large inventory of properties caused by the crisis), give it a modern makeover (think the lobby of a chic boutique hotel), and then sublease it out to tech professionals who were increasingly working remotely and needed flexible office facilities and lease terms. By focusing on branding and a young aesthetic, Neumann created a cool factor around co-working spaces which extended to his own employees. A sort of cult of personality developed around him, as he pitched his business not just as a work efficiency, but a total reorientation of society.

Investors responded. In a couple years time, WeWork’s valuation quickly grew to 1.7 billion dollars, which begat an investment commitment of at least 4 billion more from Masa at Softbank. According to the film, this seemed to stoke Neumann’s megalomania, as he emphasized the grandeur of the vision more than the practical reality of making it work. The bigger the pitch, the more money was raised and spent, until WeWork was ultimately BURNING THROUGH 100 MILLION DOLLARS A WEEK IN CASH. It started to become clear that Neumann was not being forthcoming with capital investors about things like profitability and his actual business plan. Hidden losses were substantial, and self-dealing financial practices favored Neumann’s extreme lifestyle over fairness and the law. But everyone thought he was “cool”.

Once the truth began coming to light, the board pushed him out of the company he had founded, swiftly and without mercy within about 45 days.

The teachable moment here is that WeWork actually had a great business idea, thanks in large part to Neumann’s vision and raw energy. To marshal investment on this scale, an entrepreneur has to bring the fire, and Neumann did. But that drive was eventually subsumed by a lust for power which blinded him from the consequences of misleading his team.

Which begs the question: does every big business dream have to go this way? If you’re as talented as Adam Neumann or Elizabeth Holmes or even Billy McFarland–and they all are, in their way—does the vision which is necessary to succeed always become compromised? Did the ones who made it work, like Steve Jobs, or Elon Musk, or Jeff Bezos, stay any closer to altruistic goals?

In my own life, time and hard work have been balancing elements which ultimately tempered my young drive to be one of the “instanaires” on that famous Time Magazine cover. Building a thriving business at Miva for the past 14 years (and working at Miva for going on 22 years) has taught me that having success and authority at work do not magically make my actions unrestrained, but more precisely the opposite. If anything, the leadership experience has caused me to have a higher level of vigilance and diligence, personally and professionally. Good health and strong core values are absolutely required to sustain success in an organization over a long period of time. Learning this through practice motivated me to have a positive impact on the world, starting with my co-workers and clients, and in turn their clients. If Neumann had stayed with his business, would he have eventually learned the same?

As business leaders, can the legacy we leave not be about our egos, but improving quality of life for those we impact? Can we build a movement around accountability and kindness, around life balance and personal growth? I believe so. More and more every day, I have come to know that those are the reasons to make and run a business. Yes, we all have to pay the bills. But I’ve never met a business owner in my life who started their business just to put food on the table. You start a business because you want to make a difference…and the only way to really do that is to go from wanting to be the cool guy to working toward being a good guy.

If Adam Neumann had been honest and transparent around his business, he would still be CEO of a $10 billion and growing company. The fact that he was ejected by the system is actually a good indicator that the majority of us see the personal (and financial) value in integrity.

I have a strong hope and belief that business people and entrepreneurs can make the world better. This is why I’m ultimately a capitalist. I think we can use the action of our businesses to improve lives…which happens to also be a great strategy for making that business successful and sustainable.

At Miva, we spend a lot of time thinking about integrity, honesty, transparency, and how to instill these values into our company culture. We want people who work with us as staff or clients to look back on their time here and feel like they are better people because of it.

If you have a business, it is imperative to reach for these humanistic goals while simultaneously pitching that next big dream. The two are not mutually exclusive.

This blog was adapted from my new podcast, “WeWork and the Cult of Tech Visionaries” – listen to the full audio here.